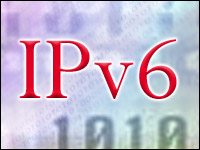 Wednesday, June 8 was World IPv6 Day, a large scale 24 hour experiment aimed at indentifying problems associated with IPv6, an upgrade to the Internet’s main communications protocol IPv4, reported an article on NetworkWorld. Over 400 organizations, including Google, Facebook, AT&T, Cisco and Microsoft all participated along with other businesses, universities and government agencies enabling the next generation IPv6 on their main Websites.

Eweek reported that many businesses including Google confirmed the testing was flawless.

World IPv6 Day marks the beginning of the end of IPv4, the pool of the current available IP addresses. According to an article in TechNews World, the Internet Corporation for Assigned Names and Numbers designated the last of the unused numbers to registries. Because IPv4 addresses are 32 bits, as opposed to 128 bits in IPv6, it only allowed an estimated 4 billion addresses under the protocol. IPv6 provides a total of 340 undecillion address, an inexhaustible number for the foreseeable future.

The deadline for the upgrade is January 1, 2012, another date which many people will be anticipating as much as this past Wednesday. Organizations without the upgrade, will risk a growing number of their online audience with low grade connectivity.